Vietnam government has started a gradual and orderly reopening since April 23rd, though the macro data was still weak as expected due to the lockdown around the world. After initially keeping the goal for 5% GDP growth this year the government revised growth target last week to a two-scenario range of 4.4%-5.2% if major trading partners can control the outbreak by end of Q3 and 3.6%-4.4% if by Q4. How are things doing in Vietnam at the moment? Is it the time to position for recovery? Here is a quick update on the various.

On market: MSCI Vietnam rebounded over 30% from the bottom in late March, recovering 60% of the drop before the pandemic damaged the investors’ confidence in late January.  Consumer and property names led the rally with Saigon Beer and Vincom Retail went up 50.2% and 42.7% respectively.  On the contrary, banking stocks such as Sacombank, HDBank, Bank for Investment and Development of Vietnam underperformed as Moody’s placed five Vietnamese financial institutions on review for downgrade.  The banking sector is facing a bad debt ratio of 2.9-3.2% of total outstanding loans by 2Q and 2.6-3% by the end of 2020.  If the outbreak is not controlled by 2Q, the bad debt ratio will be close to 4%.  The market is trading at 12.7x in 2021E P/E and 2.3x in P/B, blow the historical average of the past decade.

On pandemic: Vietnam has reported fewer than 300 cases and zero deaths, putting the country on course to revive its economy much sooner than most of its neighbours in Southeast Asia.  After the 21st straight day without any recorded community transmission of the virus, the government announced all business services could now reopen.  Market expects foreign investment to pour into Vietnam after the pandemic.  Minster of Transport has called for the resumption of international flights in and out of the country.  Domestic travel recovered to about 38% of the same period of last year following the easing of social distancing measures in the past few days.

On macro: The government expects a dramatic economic recovery following the COVID-19 pandemic, with GDP growth forecast at 5%, in-line with the World Bank’s estimate of 4.9%, while inflation would be maintained at under 4% this year.   To meet the target, Prime Minister Phuc mentioned five key factors for the recovery, namely private sector investment, foreign direct investment, exports, public investment and domestic consumption.  IMF forecasts the nation’s economic growth may slow down to 2.7% this year before seeing a stronger rebound at 7% next year supported by monetary and fiscal easing.  Vietnam’s central bank cut another 50bps in interest rate, the second time in two months.

On manufacturing:  Apple will produce millions of its popular AirPods wireless earphones in Vietnam for the first time this quarter, reinforcing the trend of multinational companies diversifying their supply chain.  Around 30% of total classic AirPods production will be "made in Vietnam" by Goertek and Luxshare.  Foxconn, Pegatron and Compal Electronics are all expanding production in north Vietnam to help Google and Amazon diversify the sourcing.  Willy Shih, professor at the Harvard Business School, said that China still has the best infrastructure, transportation, skilled workers and logistics, but a country like Vietnam can easily fit into the scenario of “China plus one, China plus two, or even China plus three other countries in the longer term" for the global supply chain.

On flows: Vietnam’s foreign direct investment (FDI) had a good start in 2020 with more than USD 4 billion seen in January, much higher than the same period in previous years, due to an American-led energy mega project.  Then the inflows slowed down in February and March on the back of the spreading of the COVID-19 around the globe and the implantation of social distancing policies.  Fortunately, Vietnam began to ease the lockdown in late April when its coronavirus curve flattened, so that the FDI gained momentum again since then and rose to USD 6 billion.  On the equity side, Vietnam made no exception to see foreign investors reducing the exposure in emerging markets, but it had the smallest outflows among ASEAN markets.

On infrastructure: Many infrastructure projects have been delayed by the pandemic, but a few key ones are not affected.  The work of the country’s largest data center located in HCMC Hi-Tech Park just began in early May.  The FPT Telecom Data Center, covering an area of 10,000 sqm, will be completed by early next year.  Besides, Ho Chi Minh City Management Authority for Urban Railway has submitted a new 20km metro project with investment totaling USD 2.9 billion.  The new line is one of the eight metro lines with total length of 230km and is designed to run through 8 city districts with 18 stations with the construction begins in 2025.  Indeed, the first line – Metro Ben Thanh-Suoi Tien is expected to open 2021 and is currently 80% completed.

On tourism: The New York based travel magazine Travel + Leisure has name Vietnam on its list of top 17 destinations for tourists after the COVID-19 crisis ends.  Earlier in 2019, the magazine nominated Hoi An ancient town in central Vietnam as the best city in the world, with ancient roots, distinct architecture, a contagious energy, and one of the best street food scenes on the planet.  The Prime Minister has recently assigned the Ministry of Culture, Sports and Tourism to devise measures to develop tourism including the recently launched campaign of “Vietnamese people travel Vietnam” in a bid to stimulate domestic tourism.

On technology: A mobile money pilot project has been submitted to the Prime Minister for approval, marking a bold step for the development of payments using telecommunication accounts in Vietnam.  Besides, the central bank was also hastening procedures to accelerate cashless payments.  The Government targeted to reduce the ratio of cash payments to less than 10% by the end of this year, from 11.3% in 2019.  Separately, mobile banking transactions in Vietnam are expected to increase by 400% by 2025, according to the Fintech and Digital Banking Asia Pacific co-released by IDC and Backbase. 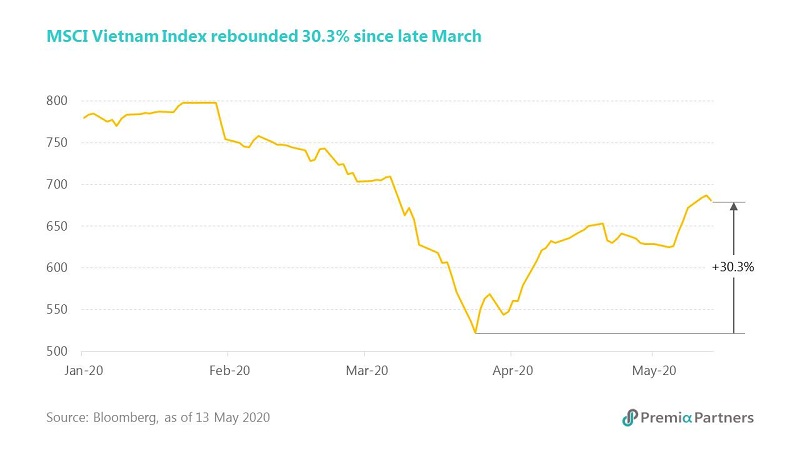 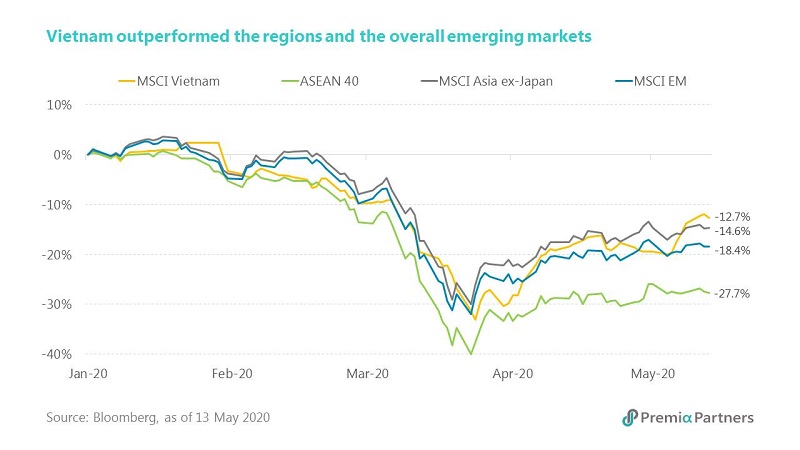 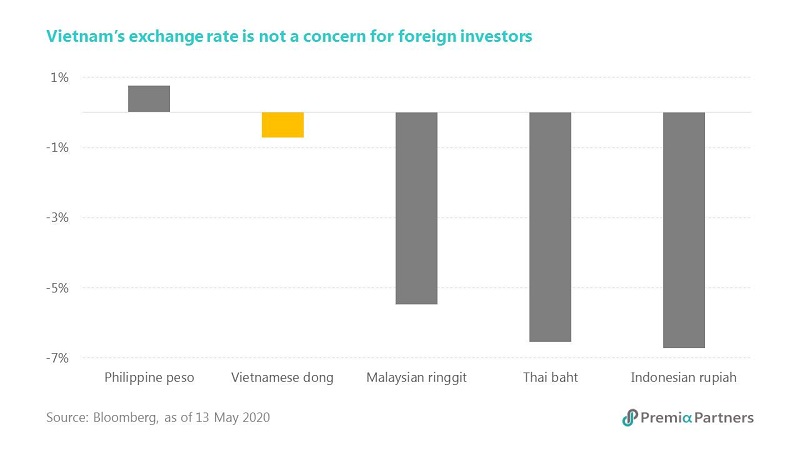 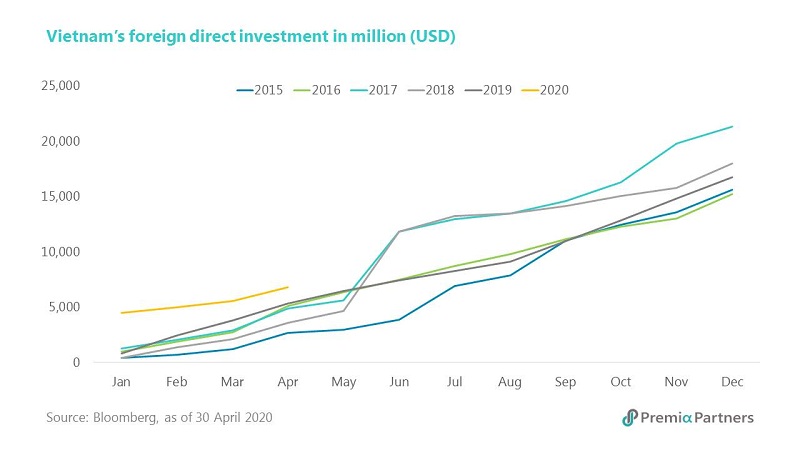 Exhibit 6: Vietnam had the smallest outflows among ASEAN stock markets 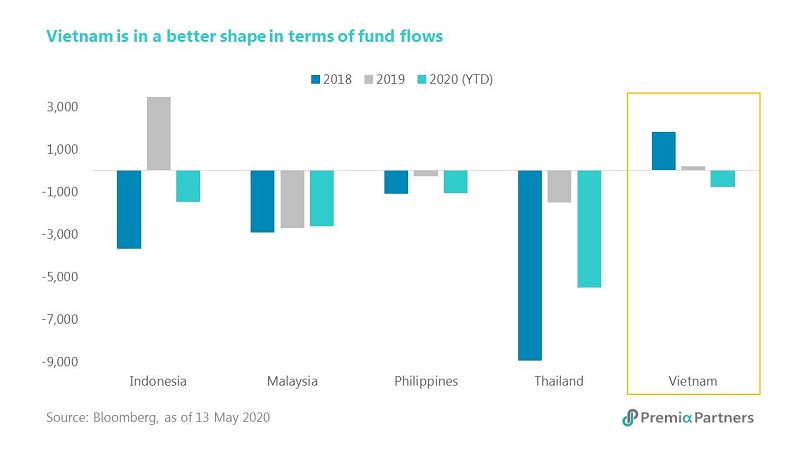 ASEAN – the China Plus One Solution