ASEAN equity markets have underperformed so far this year. Is it the start of a new trend, or simply a blip given the strong reversal in China? Say Boon Lim shares his views on why ASEAN is likely to outperform going forward.

Recent “underperformance” of Emerging ASEAN markets is likely to be – to borrow a phrase from William Shakespeare – much ado about nothing.

See this in context:

·         The underperformance, relative to Emerging Markets in general, has only been since February this year.

·         There appears to have been a correction of expectations that a US-China trade war would boost ASEAN economic prospects at China’s expense.

·         But this has to also be seen in the context of 10 years of outperformance by the MSCI EM ASEAN index versus the MSCI Emerging Markets Index.

What has been behind EM ASEAN’s underperformance relative to broader Emerging Markets in recent months?

ASEAN vs EM: Just a blip in a broader trend of outperformance? 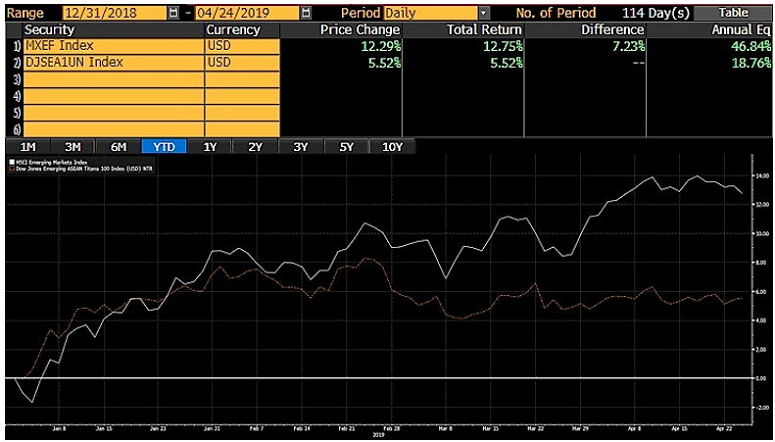 But on a 12-month basis, the MSCI EM ASEAN index performed in line with the MSCI Emerging Markets. Both turned in total returns of around negative 2.3%. 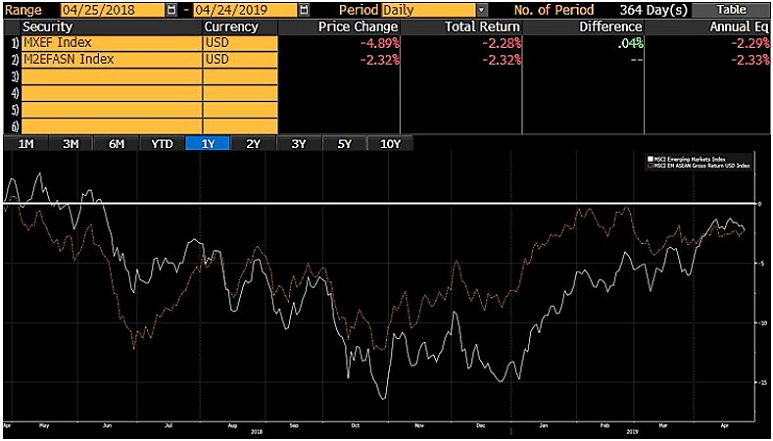 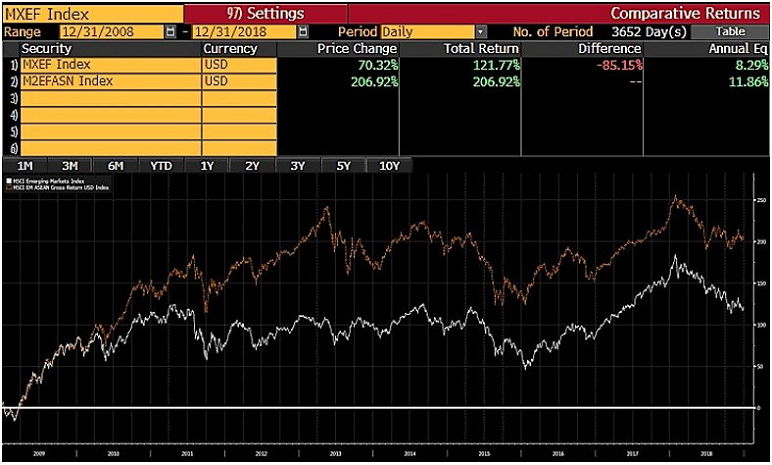 The DJ Emerging ASEAN index similarly had total returns for the year to date of 5.52% versus 12.75% for MSCI Emerging Markets. 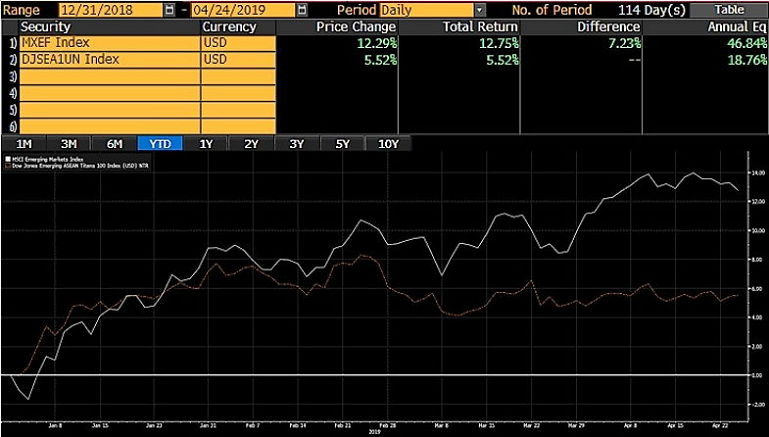 On a 12-month basis, there was little to separate the two. DJ Emerging ASEAN had a slight negative total return of 1.51% against negative 2.28% for MSCI Emerging Markets. 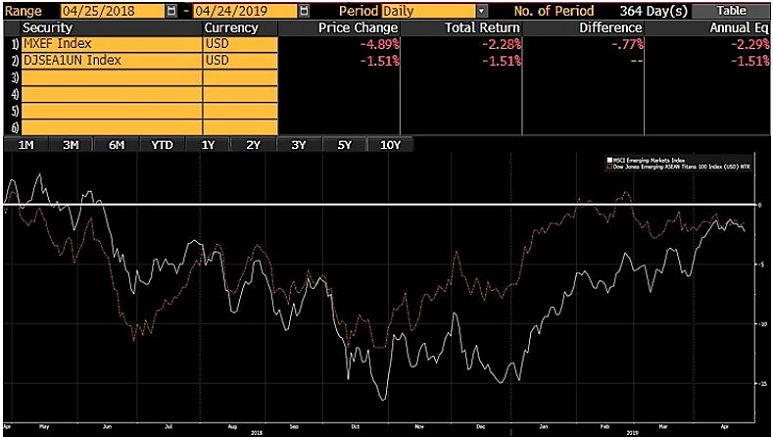 But again, longer-term, DJ EM ASEAN was way ahead. From its inception March 2010 to end-2018, DJ EM ASEAN turned in total returns of 88% against 21% for MSCI Emerging Markets. 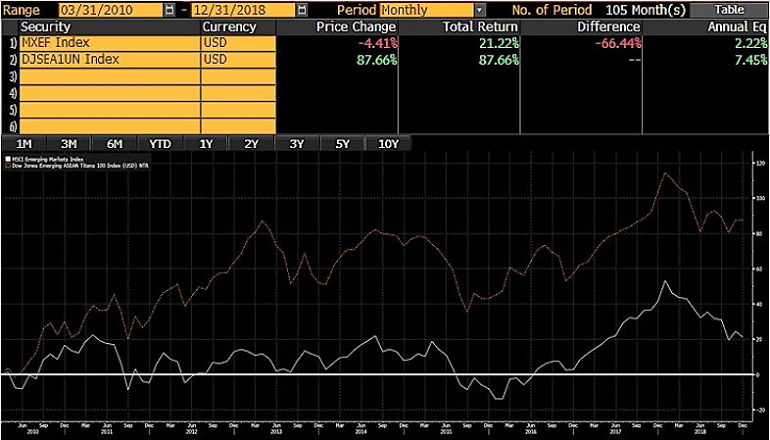 Over the same 10 years, from 2008 to 2018, the ASEAN-5 (Indonesia, Malaysia, Thailand, The Philippines and Vietnam) economy grew in US Dollar terms by a cumulative 79%. According to the International Monetary Fund, “emerging market and developing economies” grew over the same period by 70%.

ASEAN per capita income grew 58% in US Dollar terms over the same 10 years. Emerging market and developing economies grew 50%.

What about future growth?

The IMF continues to expect economic outperformance from the ASEAN-5 vis-à-vis “emerging market and developing economies”.

Indeed, the growth differential between China and the ASEAN-5 is likely to narrow in coming years. According to an OECD report, Vietnam and the Philippines are expected to average higher GDP growth rates than China in the period 2019 to 2023.

Of course, superior economic growth in itself does not guarantee market outperformance. But it is helpful. At the very least, if the IMF is right, the ASEAN-5 markets will enjoy an even more supportive economic backdrop in coming years than in recent past years.