How do we decipher “Dual Circulation” for our China strategies

The term "dual circulation” is one of the hot searches in China and receives great attention after President Xi first expressed this idea at a top official meeting held earlier this year. He then elaborated further that China’s economic model will be involving an internal circulation developing a substantial domestic market, and an external circulation deepening the international trade. The latest meeting of Communist Party’s Central Committee reinforced this policy will be the core component of the 14th five-year plan for the development between 2021 and 2025.

The term "dual circulation” is one of the hottest searches in China and receives great attention after President Xi first expressed this idea at a top official meeting held earlier this year.  He then elaborated further that China’s economic model will be involving an internal circulation developing a substantial domestic market, and an external circulation deepening the international trade.  The latest meeting of Communist Party’s Central Committee reinforced this policy will be the core component of the 14th five-year plan for the development between 2021 and 2025.

Under such a pattern, China's economy posits to be dominated by domestic market and facilitated by the interaction between China and the rest of the world.  In parallel, the internal circulation will continue to expand the opening-up of the economy in the global context, aiming to improve efficiency through external competition.

It indicates an accelerated shift from China's export-oriented development strategy, which had been running successfully since the reform started in 1978, taking China from one of the poorest countries to become the second largest economy in the world.  The reform process also contributed to the record wealth creation process in history and more than 700 million people were lifted out of poverty.  Policy direction must adapt to the changes and keep pace with times though.

The decelerating global growth, increasing geopolitical tensions, and the impact of the pandemic are all leading to the weakening exports demand of China goods.  In addition, rising labor costs, environmental considerations and the aging population are pressing China to make some changes in its development model.  In fact, the importance of exports trade to the country is diminishing.  Exports accounted for only 17.4% of China's GDP in 2019, meaning that 82.6% of GDP is domestic investment and consumption, which is essentially the domestic circulation.

For a large country like China, economic activities are normally driven by the domestic market.  Especially in the high-income stage, the proportion of tertiary services industries will become higher whilst the proportion of exports will trend down.  For example, Japan's exports account for ~10%, and the United States accounts for ~11%.  Therefore, it makes sense for China to put more resources in promoting the internal circulation.  This, however, does not mean that exports are not important.  A balanced economic development requires the full use of both domestic and international markets to complement each other.

Investors may have to focus on the following key trends along the implementation of the dual circulation policy in coming years:

Some critics interpret the internal circulation as equivalent to "switching exports to domestic sales".  Although it is not entirely accurate, expanding the consumer market is an integral part of the dual circulation.  If fact, the resilient domestic demand of the 1.4 billion people market did play a crucial role for the sharp rebound from the pandemic in China.  To further stimulate the sustainable consumption demand, the Chinese government may find ways to improve the economic prospects of low-income groups, reduce taxes for both individuals and corporates, and redistribute wealth to increase income equality.  Besides, it is essential to enhance the local supply in order to release the full potential of domestic demand, forming a healthy supply-demand cycle.

Pushing consumers to drive more macro growth has shown initial success, with consumption comprising an average of 64% of GDP in 2016-2019, up from 54% in the previous five years.  Consumption upgrade will be an interesting theme in the stock market since the locals are looking for goods and services with higher quality, better design and brand values.  Bain & Company estimates that China will overtake Americas and Europe to become the largest luxury market by 2025.  On the services side, education, health care and tourism are three of the fastest growing sectors as consumers nowadays emphasize on customer experience and personalization. 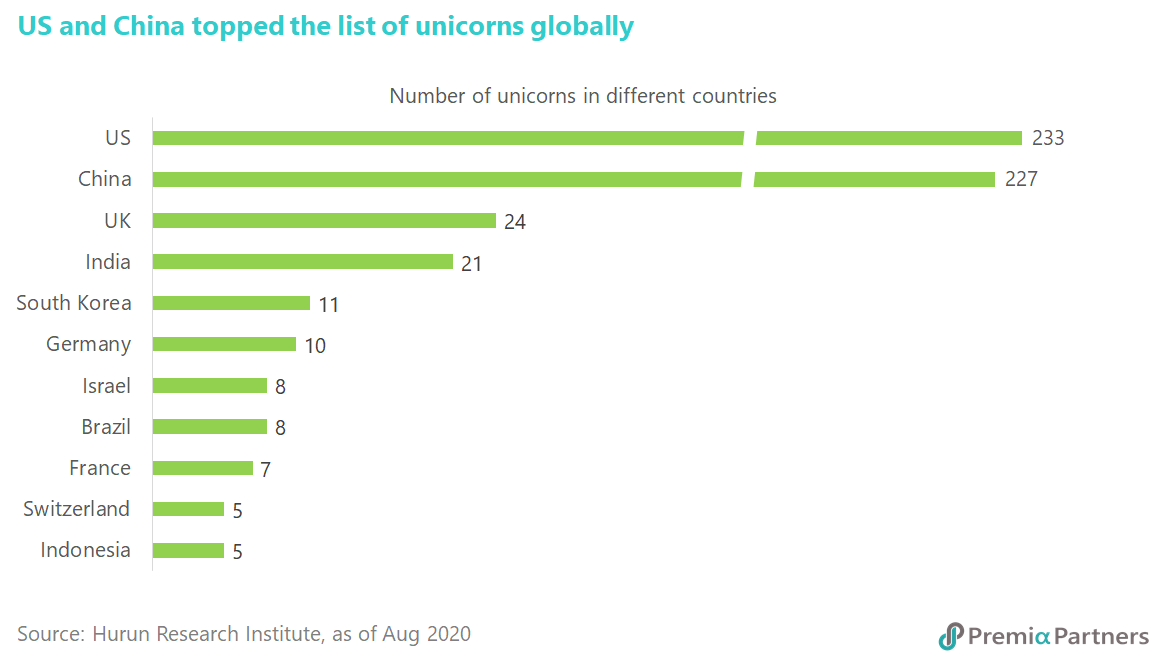 Technology transfer was clearly a key battlefield between China and the US.  Huawei was not allowed to source parts and equipment freely from the American suppliers, and ByteDance’s TikTok was even asked to cease operation in the US.  These events revealed that China must speed up the innovation onshore and reduce the reliance of foreign technology.  We believe that more Chinese corporates will boost their R&D investment and view it as a competitive edge.  Specifically, the strategic plan “Made in China 2025” has listed out 10 key industries that the government will help support: information technology, robotics, aerospace equipment, ocean engineering and high tech ships, railway equipment, green energy and new energy vehicles, power equipment, new materials, medicine and medical devices, and agriculture machinery.

During the recent Shenzhen visit to celebrate the city’s 40th anniversary of the establishment as a special economic zone, President Xi called for the urgency to implement an innovation-driven development strategy to foster new engines and new trends, so as to build a technological and industrial high-ground with global influence.  Positively, China has been providing good soil and foundation for innovative and disruptive enterprises to grow rapidly.  According to the Hurun Global Unicorn Index 2020, China ranks no.2 with 227 start-ups worth at least a billion dollars and not yet listed on a public exchange.  The US and China continue to dominate 80% of the world’s known unicorns. 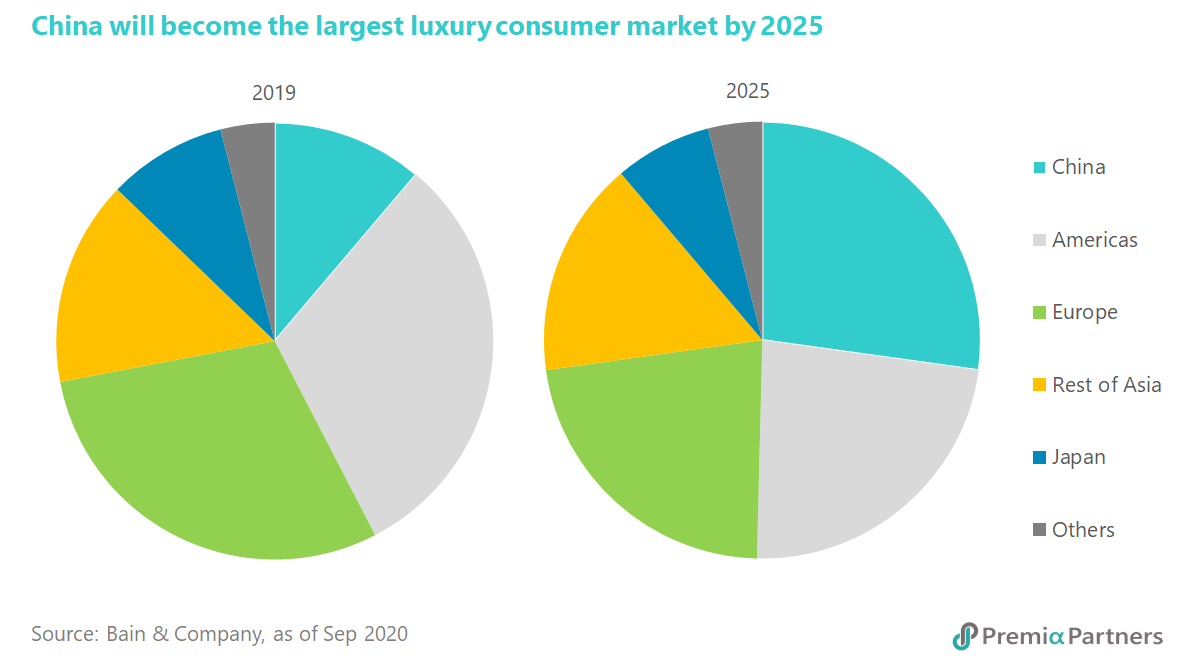 Chinese government said that it will spend ~USD 1.4 trillion on a digital infrastructure public spending program until 2025 at the National People’s Congress this year.  The new infrastructure plan does not only meet the goal of stimulating job creation, but also prepares for the challenges in the realm of technology and sustainable development.  It covers seven key areas: 5G networks, industrial internet, inter-city transportation and rail system, data centers, artificial intelligence, ultra-high voltage power transmission, and new-energy vehicle charging stations.

According to the National Development and Reform Commission, the new investments are categorized into three broad aspects of next-generation technology. 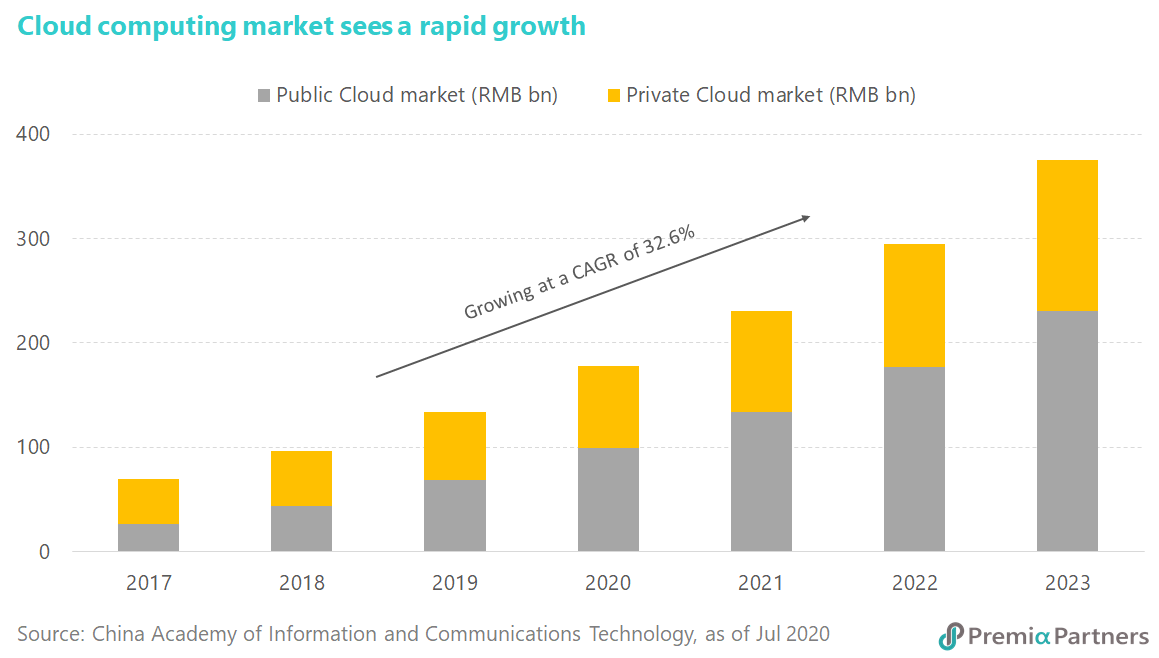 Despite the mounting geopolitical risks and increasing trade barriers among countries, it is irrational to assume China decoupling from the rest of the world completely.  International trade will stay and form the external leg of the dual circulation.  The purpose is neither accumulating trade surplus nor increasing the foreign reserves though.  Instead, maintaining a high level of activities in global trade may help accelerate the progress of renminbi internationalization.  In 2019, only USD 285 billion worth of renminbi was traded daily in the forex market, versus USD 5.8 billion of US dollar.

China has been the world factory since joining WTO in late 2001.  It is almost improbable for any major global manufacturer to move out from China entirely as the supply chain there was built and enhanced for decades.  Besides, there is no single country capable to absorb that sort of gigantic scale.  A “China plus one” model, in which the “one” is likely to be a low-cost country in ASEAN like Vietnam, means that China will continue to play a key role in export trades.  Interestingly, China’s exports share of world trade increased substantially during the pandemic with its reliable and efficient supply chain operating undisturbed even under the threat of COVID. 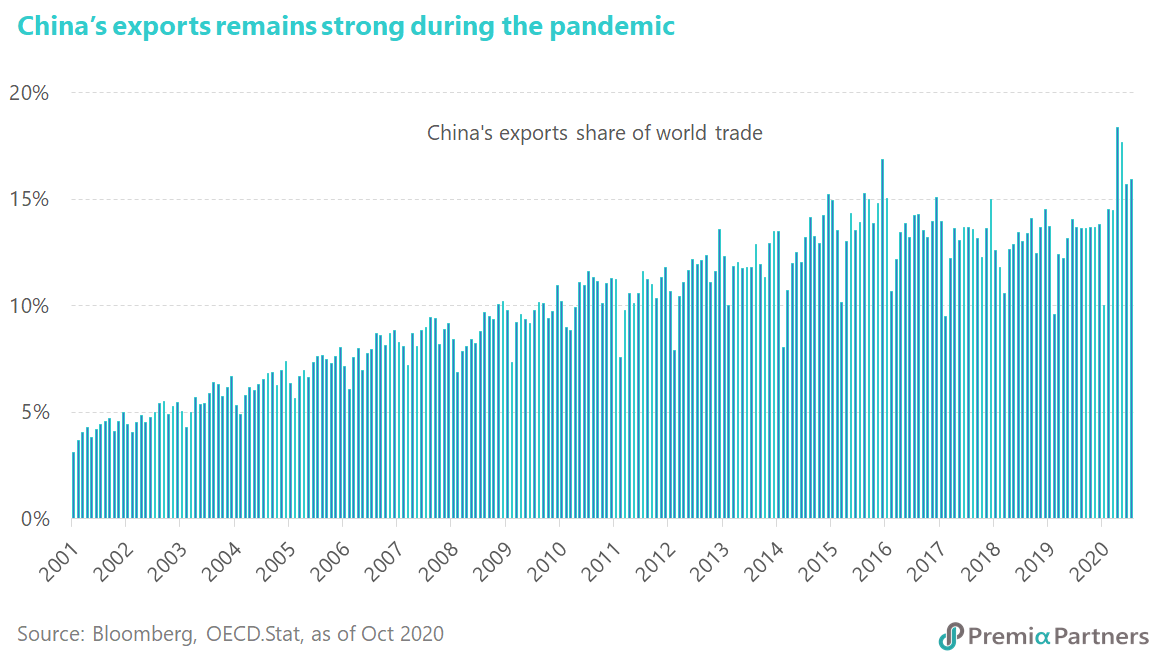 RCEP: implications of the world’s biggest trade pact
What the results of the US Elections mean for markets
Continuing supply side reforms - China’s 14th, Five-Year Plan
Why Chinese market is likely to continue outperformance
What China’s “import ban” on Aussie coal says about the rapidly changing energy landscape